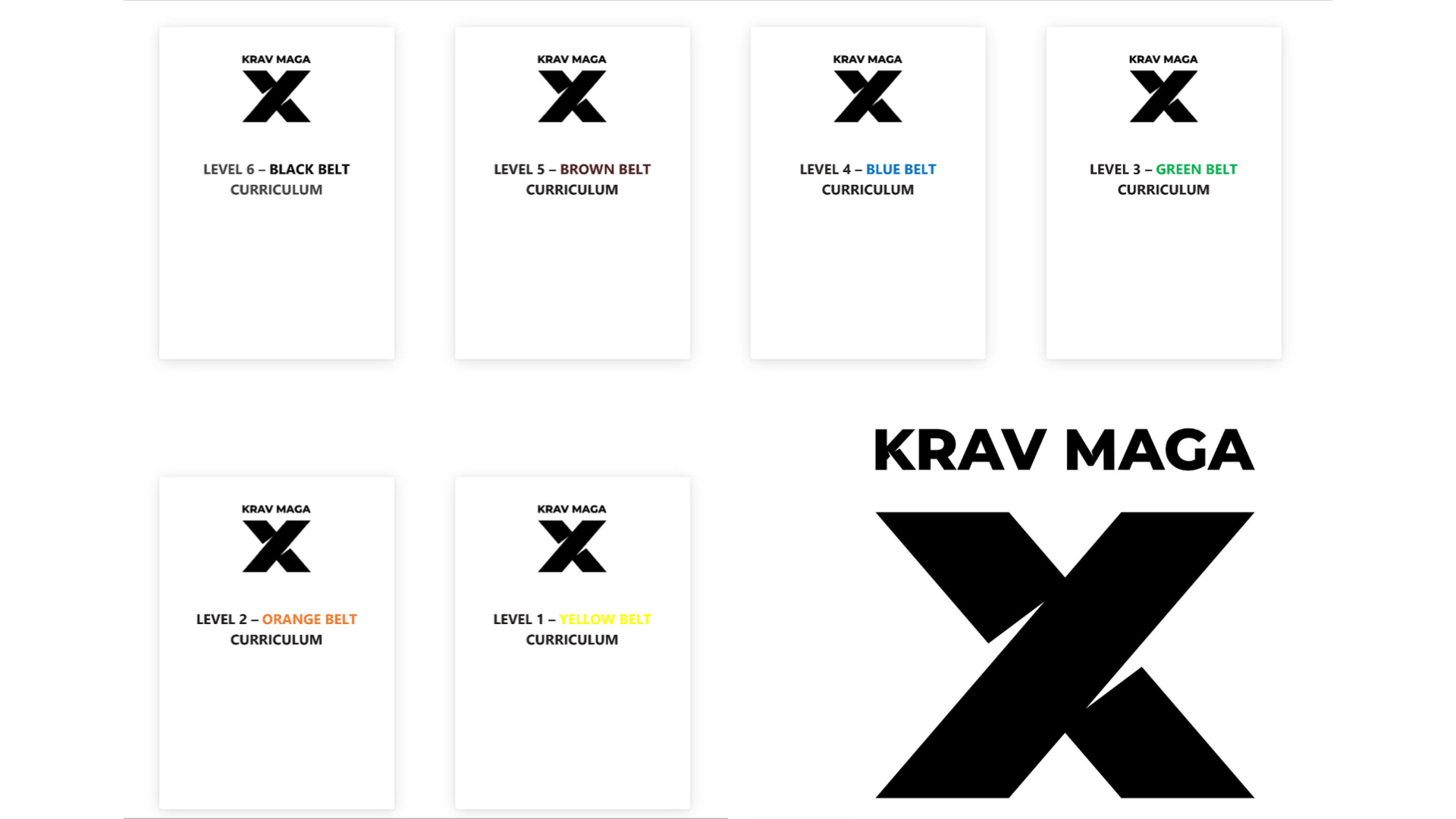 Krav Maga X provides the most modern and up to date Krav Maga Curriculum to date, we employ the original Krav Maga Belt Levels from White to Black Belt and have a structured Curricular for each level.

A minimum four months of training, which typically equates to forty completed classes, is required in order to be eligible to take the KMX1 belt test. If you train an average of two times a week, it takes approximately 4 – 6 months to receive a KMX Level 1 belt (KMX1).

Throughout this training period, emphasis is put on the development of fundamental techniques: students will learn proper Krav Maga fighting stances and movements, different kinds of punches, kicks from both standing and ground positions, elbows, knees, and how to protect oneself against punches, chokes, headlocks and wrist grabs.

If you’ve successfully completed your (KMX1) belt, you can expect to train for an additional six months and attend a minimum 60 classes before you are eligible to test for your KMX Level 2 (KMX2) belt.

Prospective KMX2 belt-holders are expected to perform at an intermediate level, which means that they will continue to hone and review techniques practiced in KMX1, while also learning additional punches, kicks, punch defences, counterattacks, kick defences, and defences against advanced chokes, headlocks, and bearhugs. Escapes from the ground are also introduced at this level.

The next intermediate-level belt in the system is the KMX Level 3 (KMX3) belt. Students who practice two to three times a week can expect to be test-ready in nine months.

Training primarily focuses on strikes, protection against strikes, and self defence. A big emphasis on Ground defences is also covered at this level. It is also during this round of training where you will begin to learn sophisticated techniques that involve defending against weapons such as knives, guns, and sticks.

KMX Level 4 belt test. Preparing for the KMX4 belt test is a twelve month endeavour, one that is more rigorous and demanding than any of those which have been completed up to this point.

Students in pursuit of a KMX4 belt are required to learn additional defences against punches and kicks, perfected defences against knives, guns, and sticks, as well as strategic takedowns and ground fighting techniques. Sparring in Kickboxing, Clinch and the Ground range.

The principle distinction between a Black belt and a Brown belt is not the quantity of techniques known by the wearer, but the expertise in which they are applied.

At Black belt the student will be able to demonstrate a full understanding of the level 1-5 curriculum, be competent in all ranges of combat including Striking, Clinching, Takedowns, Ground Fighting and Weaponry. The students knowledge of Krav Maga foundational principles are assessed more thoroughly in blackbelt training than they are in the traditional curriculum.

Want to know more? Register your interest to see if Krav Maga X is the right fit for you.